On a seemingly ordinary day in May 1941, a boy from a tiny village in Crete faces an unexpected threat—the invasion of German troops. He runs for cover—his first escape in a series of encounters with destiny.

The boy and his brother work for the Special Operations Executive (SOE), an underground branch of the English Intelligence Service. When the resistance movement is uncovered, they quickly escape through the mountains of Crete, hiding from the enemy in broad daylight. Danger looms everywhere.

The boy trains to be a spy for the Office of Strategic Services (OSS), the SOE’s newly formed American intelligence counterpart.

While on his undercover mission in Salonica, the boy constantly risks his life, operating a wireless radio in plain view. Will the German police ever discover him?

If captured, the boy resolves to take a poison capsule that will quickly end his young life, rather than endure torture. Often, he finds himself seconds away from that dreaded event.

Adam Croasdell was born in Zimbabwe, Africa, to British parents. He was raised there and later went to boarding school in South Africa followed by university, in which he studied Dramatic Art, and where he graduated first in his class with Distinction in both Acting and Screenwriting.

His first professional job was in 'Anthony and Cleopatra' at the prestigious National Theatre in London, where he shared the stage with Alan Rickman and Dame Helen Mirren. Adam has worked on the stage in London's West End and has starred and guest-starred in countless television shows for the BBC and ITV, most notably in recurring roles in Peak Practice, The Chase, and the BBC's flagship show, EastEnders.

Adam is also well-known for his notable performance as Adam Goodman in the Agatha Christie TV movie, Poirot - Cat Among The Pigeons. Adam now lives in Los Angeles where he has guest-starred in Supernatural, Nikita, Body Of Proof, NCIS & NCIS: LA. He has also had starring roles in Werewolf, The Beast Among Us for Universal with Stephen Rea and Extraction for Sony with Danny Glover and Sean Astin.

Other Books by the Author 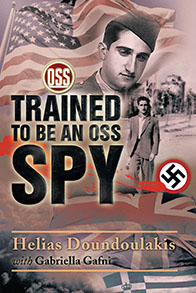 Trained to be an OSS Spy 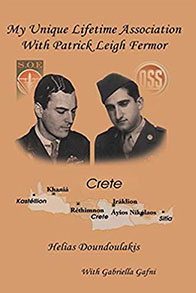 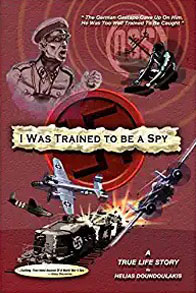 I was Trained to be a Spy, Books I 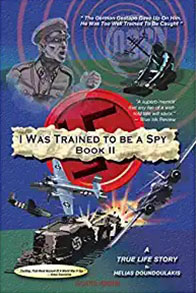 I was Trained to be a Spy, Books II
Scroll To Top